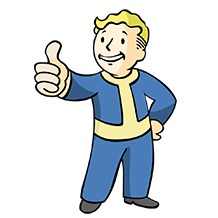 I played mostly computer games when I was younger, with some NES and Genesis mixed in, then switched to mostly consoles with a little PC gaming around the Playstation/XBox era.

I currently mostly play games on my Xbox One, with some PC and 360 games mixed in. I have a Playstation, Playstation 2, and Playstation 3, but was so disappointed with the PS3 that I will not be buying a PS4.

I'm a guy, so use male pronouns. Feel free to call me David or DC.