Currently, the tags use the abbreviated form, which stems back to the discussion here:

However our current stance on tag names/abbreviations (as far as I can see) is to only abbreviate when a tag doesn't fit within the 25-character limit, as eloquently explained by Grace here:

How to tag: use acronyms or not?

The argument 'for' abbreviations has always been Search Engine Optimisation (SEO) (and a little... ahem, subtle nudging from Jeff). Sure, more people search for ps3 over playstation-3. By that same note, more people simply search for xbox instead of xbox-360 or xbox-one.

I don't think it's as big a deal as made out when it comes to PSX vs Playstation X, they're both pretty ubiquitous.

So, should we reverse these synonyms?

If there's any I've missed let me know.

As with any tag, I strongly advise using the most recognized term or optionally terms that Google recognizes as synonymous. A while back we committed a cardinal sin, ignoring SEO, by renaming swtor to star-wars-tor (which nobody would ever search for), then to star-wars-old-republic (just as bad), then finally back to swtor because the original tag was best. (The 26-character tag star-wars-the-old-republic might have also been fine because of Google synonymization, but was impossible.)

So, regarding PlayStations... Here it might(?) be a bit more obvious, as google seems relatively aware of the synonym, but I'm not 100% sure. Searching for "PS4" results (nobody searches for "PlayStation 4"), doesn't make it very evident; search results don't have "PlayStation 4" in bold, as though it recognized that as the search term. "PS3" does have some bold "PlayStation"s, but by-and-large, I don't see what we get by being our own special snowflake with our "don't abbreviate" way of doing things (other than decreased traffic and new people not tagging questions correctly). If it's ambiguous (HotS: Heroes of the Storm or Heart of the Swarm?) there's generally a well-accepted internet abbreviation, and we have the Tag Wikis to make it clear.

So, the best play is to keep the initialed tags. They are searched for up to an order of magnitude more, extremely well accepted, and completely unambiguous.

Departing from the issue somewhat, I do appreciate tags "looking good", but that's another matter. I had a MSO proposal a while back for tag abbreviation expansions, maybe, maaaaybe, that could be extended to how the tags actually "look" on the page... 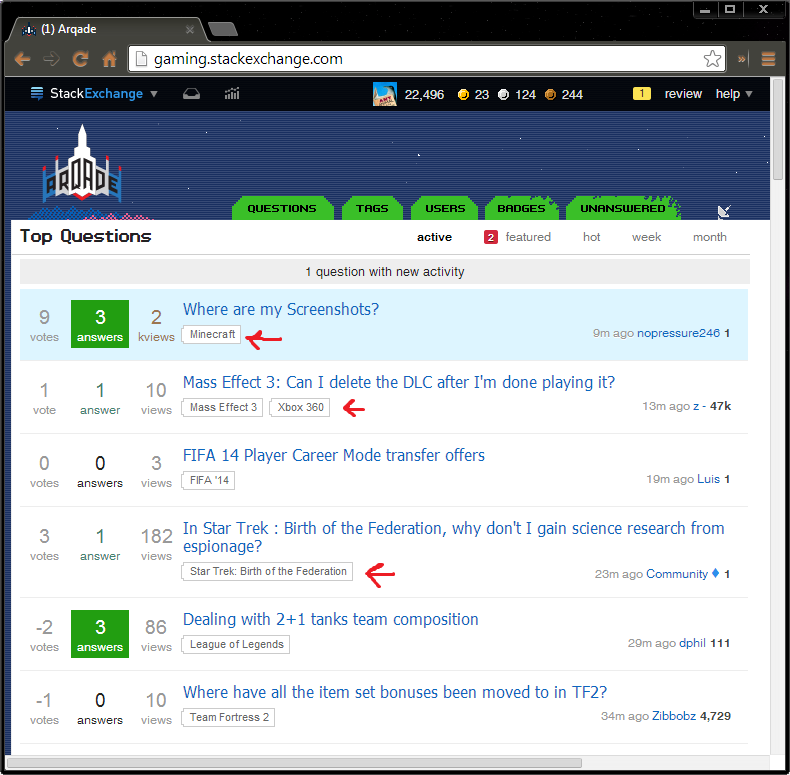 Not sure if that's a good idea.

Not the answer you're looking for? Browse other questions tagged discussion tags tag-synonyms .