Arqade's 4th moderator election has come to a close, the votes have been tallied, and the 3 new moderators are:

They'll be joining our existing crew shortly — please thank them for volunteering, and share your assistance and advice with them as they learn the ropes!

For details on how the voting played out, you can download the election results here, or view a summary report online. 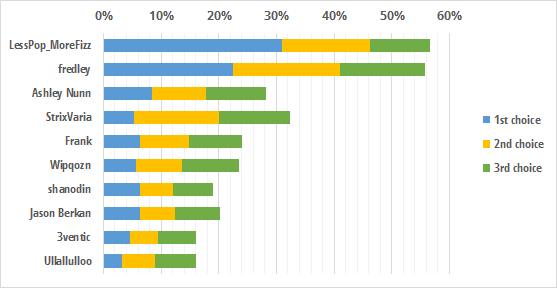 ALL of the ballots: (Rows: first/second choice, columns; third choice)

Just Strix vs Ashley, or If You Liked Him You Shoulda Put First Choice On Him:

Not the answer you're looking for? Browse other questions tagged discussion election .