Is there a definition of 'too minor' edits?

As defined by the FAQ on editing:

Edits are expected to be substantial and to leave the post better than you found it. Common reasons for edits include:

Many a user has had a perfectly valid edit rejected for being too minor. However, I came across this earlier: 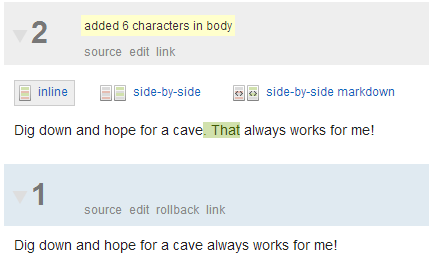 It was edited in by a user with editing privileges who are expected to know and thus abide by the rules without requiring the review queue. I'd argue that it's not substantive and also does not fill any of the other criteria.

In an effort to improve my own use of the site I've been looking for a consensus on this, but there isn't one. There's a meta.SO question about minor edits in which Jeff Atwood says they should be rejected with extreme prejudice, but the highest upvoted answer on the question says they should be fine.

Personally I wouldn't have made that edit, because of the minorness of it, and I don't think it fulfills the criteria of editing. But someone else clearly saw this differently to me.

Should I go for an if-in-doubt-edit approach, rather than a more conservative only-edit-when-criteria-are-filled approach?

The proper definition of a Too Minor edit is this: There is no such thing.

There are only Too Minor suggested edits. And they have two reasons behind them. Firstly, as others have pointed out, the suggestor gets two Rep, and that isn't something that should be handed out for teensy tiny little things like the edit you pointed out. And secondly, there's also the fact that every suggested edit takes up a little bit of time from 2-3 2K+ users.

Therefore, as a general rule, Suggested Edits should be substantial enough to actually be worth both the time taken to approve them, and the Rep gained. If a post doesn't need that many changes, then non-2K users should really just leave it as-is.

2K users, however, don't have any limits on how small their edits can be, and for good reason. When a post comes along that only needs a very small change, someone with 2K can make it, without Rep gain or anyone else's time being used up, so they should feel free to do so. Which is exactly what happened here. This was a regular edit, not a suggested edit, so it's perfectly fine.

I'm going to take another stab at answering this question . . .

I think an edit is too minor if it doesn't add to the post. (For instance, someone who doesn't like my style of spacing . . . instead of ... edited out the spaces on a post of mine.)

That said, I think that an edit as small as one letter may add to a post. For instance, if the poster has a glaring and common syntax or spelling error. "To" when they mean "too", and other pedantry can make a post more readable. There are times when I get too hung up on the atrocious writing to focus on the poster's original point. (Yes, I'm over-exaggerating . . .) But, a clearly written, articulate question gets more of my attention and time.

And, of course, there are cases where the wrong spelling makes something less searchable. Search engines have come a long way on this, but it does make sense to correct spelling when you can to help them along.

There is also the case of the title question. There is another question on Meta asking if editing a title to make it into a question is too minor. Someone pointed out that doing so does increase the statistical likelihood of getting your question answered. So, if you make an edit that improves the statistical likelihood of getting an answer does this improve the post? I would posit that it does!

The most useful definition of "too minor" in my opinion is not based on the edit itself, but on how many problems the edited post had and how many of those are fixed by the edit.

If there is one misspelled word in a post, and this is the only thing wrong with it, editing that one mistake is appropriate. If there are multiple problems with a post and you only fix one small typo, the edit is too minor and should be rejected.

There are some that regard small edits to old questions as "too minor" in general, I don't really like this as the cutoff seems arbitrary and it leaves some errors intentionally on the site. I find the drawback of bumping an old post to the frontpage acceptable, as long as the edit actually fixes all the problems of a post and it doesn't have to be bumped again to fix all the rest.

Edits should also only fix objective problems, not subjective style issues. Your example edit doesn't fix any problem, both versions of the post are acceptable ways to phrase it and the edit does not improve anything. This edit is clearly "too minor".

Not the answer you're looking for? Browse other questions tagged discussion editing suggested-edits .

20
Rejecting an edit because “I don't see this answer sticking around”?

28
Edit wars are bad. Don't encourage or participate in them
9
Proposed edit rejected because it is too minor
5
A tag wiki needs moderator attention
3
Does editing in information from a given link “change too much”?
1
When does the “Edit too Minor” option appear?
7
Why was my edit of a question title rejected?
0
Why are a lot of my edits being rejected?
6
Should I mark edits that have some good aspects and some bad aspects as helpful or not?
15
Why was an edit to include information from comments reverted by a moderator?