Why was this question deleted? 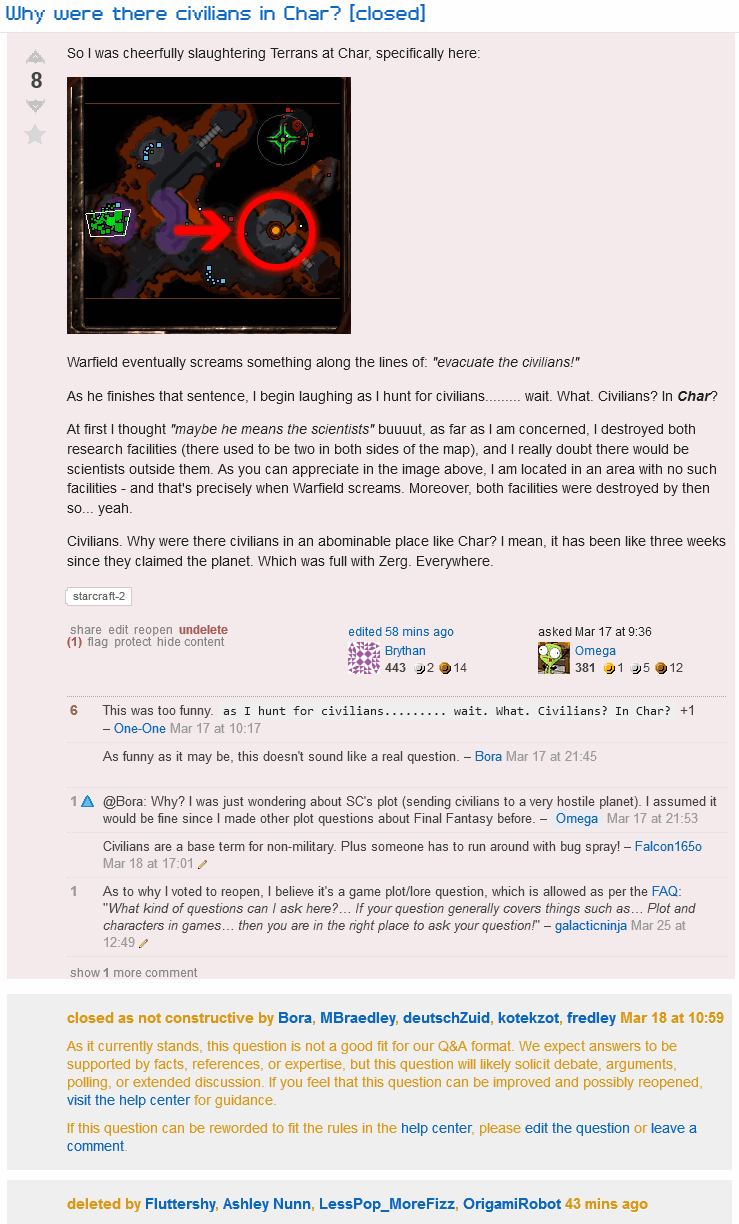 I'm not 100% sure why though, it seemed to be a basic game-storyline question (which AFAIK is on-topic).

Would someone be able to tell me what the close reason was, and why this led to the question ultimately getting deleted?

The question was deleted because it was closed, 4 months ago, as Not Constructive. I initiated the push to delete it after a low-rep user had an edit approved on it. We shouldn't be giving people reputation for minor edits to closed questions, particularly ones waiting for deletion.

The fact that this one had been sitting closed, uncontested, for 4 months, was cause enough for me to push for deletion; we delete questions closed as anything but duplicate. It was completely normal.

That being said, it has since been undeleted, re-deleted, and is now on the brink of being undeleted again. Based on comments seen here, this is a facetious question based on a randomized in-game audio clip, not an actual lore question. Thus, it is something we do not handle here. As such, it should remain closed, and deleted.

24
Please don't delete controversial questions immediately
3
Why do we leave "Welcome to Arqade" comments on answers that we're about to delete?
11
Query over suggested edit that was rejected
4
Duplicates of deleted questions
1
Why is a question from ignored tags showing in my feed
0
What happened to the comments?