Make the [spoiler] tag ignored by default, even for anonymous users

That's what it says on the tin, although chances are spoilers are to be expected throughout the website really.

This can make for a useful inbuilt spoiler warning: 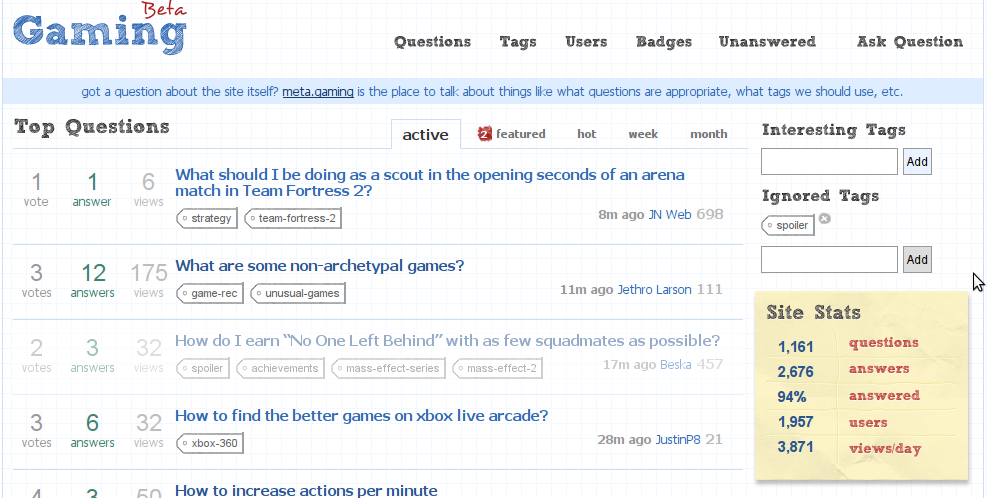 Alternatively, the spoiler tag could come in a different colour (say, dark yellow), although that could create problems with tag icons (advertisement) down the line.

Anonymous users wouldn't have an ability to disable the ignored tag like a cookie user or a registered user could (how would we track it?). Anonymous users who do not want to see spoilers, in the current system, can use a -[spoiler] tag search combined with some other tag term to get by. Not superb for plain browsing, but at least they have an option. Whereas, if we implement this, then anonymous users who do not mind spoilers will not have any options to decrease their discomfort. The normal system lets us embrace both kinds of users rather than push either away, so I don't agree with forcing it on anonymous users.

If we don't enable it on anonymous users, though, then it becomes very awkward for newly created users. After all, the point of account creation (and subsequently registration) is an enabling act - you gain new functionality and opportunities. But if the default is ignored, suddenly people go from being able to see spoilers clearly to having to sit through their dimmed status. Yes, they can remove the ignored tag if they wish, but it is somewhat disorienting. As well, it would be saying for the person "You don't like spoilers", since it's a user preference that is grouped with any other interesting/ignored tags they later add. Under the current system, we don't make any assumptions for the user. When someone creates an account, we should enable them to apply what filters they want. We shouldn't force them to have to disable filters that we guess they probably want, especially for filters which didn't affect them prior to account creation.

How would you handle the fact that I don't mind reading questions for spoilers from games I already finished, or that I don't plan to play?

The problem I see with this is that unless it's heavily advertised somewhere obvious, there will be lots of new members / unregistered users who might completely miss this and not find any of the questions that they're looking for.

I do agree with your color proposal, however. Agreed that it might be problematic with advertising down the line, but perhaps that is a bridge to cross when/if it becomes an issue, seeing as it's for such a specific case.

status-declined* as we no longer have a spoiler tag anyway. Use Spoiler markdown to denote spoilers instead, e.g:

Why not make the [spoiler] tag one of those nice red tags? This should point additional attention to the warning.

Now that is done, we could automatically add it to the ignore list for new users, go it gets dimmed out nicely.

Not the answer you're looking for? Browse other questions tagged feature-request status-declined spoilers ignored-tags .

17
Spoiler alert: [spoiler] dies
34
Provide a markdown extension to hide text (anti spoiler)
-8
Mandatory tags for platform?
2
How should we deal with obsolete questions on Meta?

1
Please change the default text for title textbox of the question
41
Make a special tag class for “game tags”.
1
Add tag for “Diggles, the Myth of Fenris”
5
Should “hide ignored tags” be the default?
11
Replace the tags page with a games page
7
Could we add links to the Meta posts created to redirect users to external sources for off-topic questions to the relevant help page?