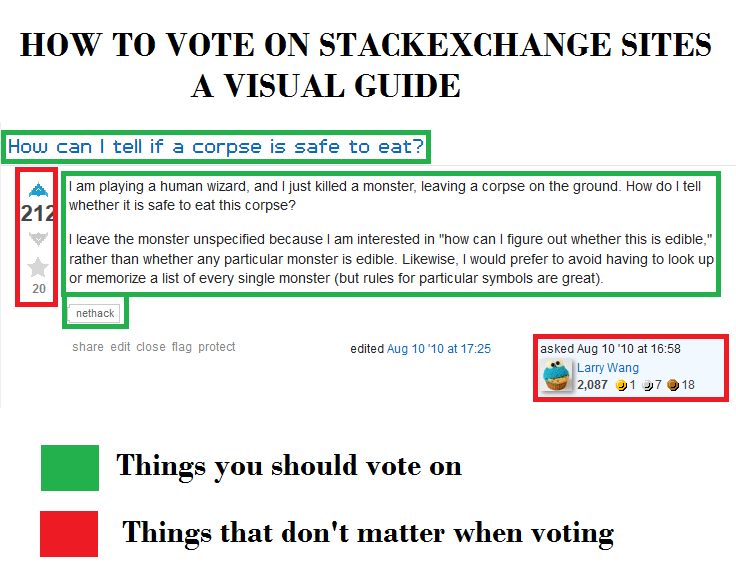 12
Cleanup 2013: It's time to clearly identify community consensus
51
What about the new user experience here is turning people away?
12
Is it bad practice to upvote to help out?
13
Is there a question limit?
4
Is it ok to ask a question from the POV of an unknowing person, when self-answering moments later?
-4
Am I allowed to stand up against something I disagree about?
6
What questions should be in our meta FAQ?
8
What does "voting irregularities" mean in terms of a suspension?
13
What list questions are good?
-2
Why don't we require users to comment their reasons for down-voting?
See more linked questions

13
Do you "sympathy upvote"?
55
Please, please, please, don't edit out spam links
58
Please don't leave redundant comments on non-answers
8
Suspect Serial Downvoting, when does the system do the check?
15
Answers that don't answer the question
2
Is it bad practice to downvote an answer which I disagree with?
8
When should we upvote a question on Arqade?
43
Please don't vote to close spam questions