We cannot use mac because, as your own answer shows, mac will be misused as a tag exclusive to pc, which it is not.

I think this should be changed to mac to correspond to the other platform tags we use, notably pc.

Since Apple markets their PCs running OS X as "Mac - the anthitesis of PCs", if we were to use mac then we'd be implicitly accepting that. That's not how the tags work however. The alternative would be using apple, but that also includes iThingies so that's also out. 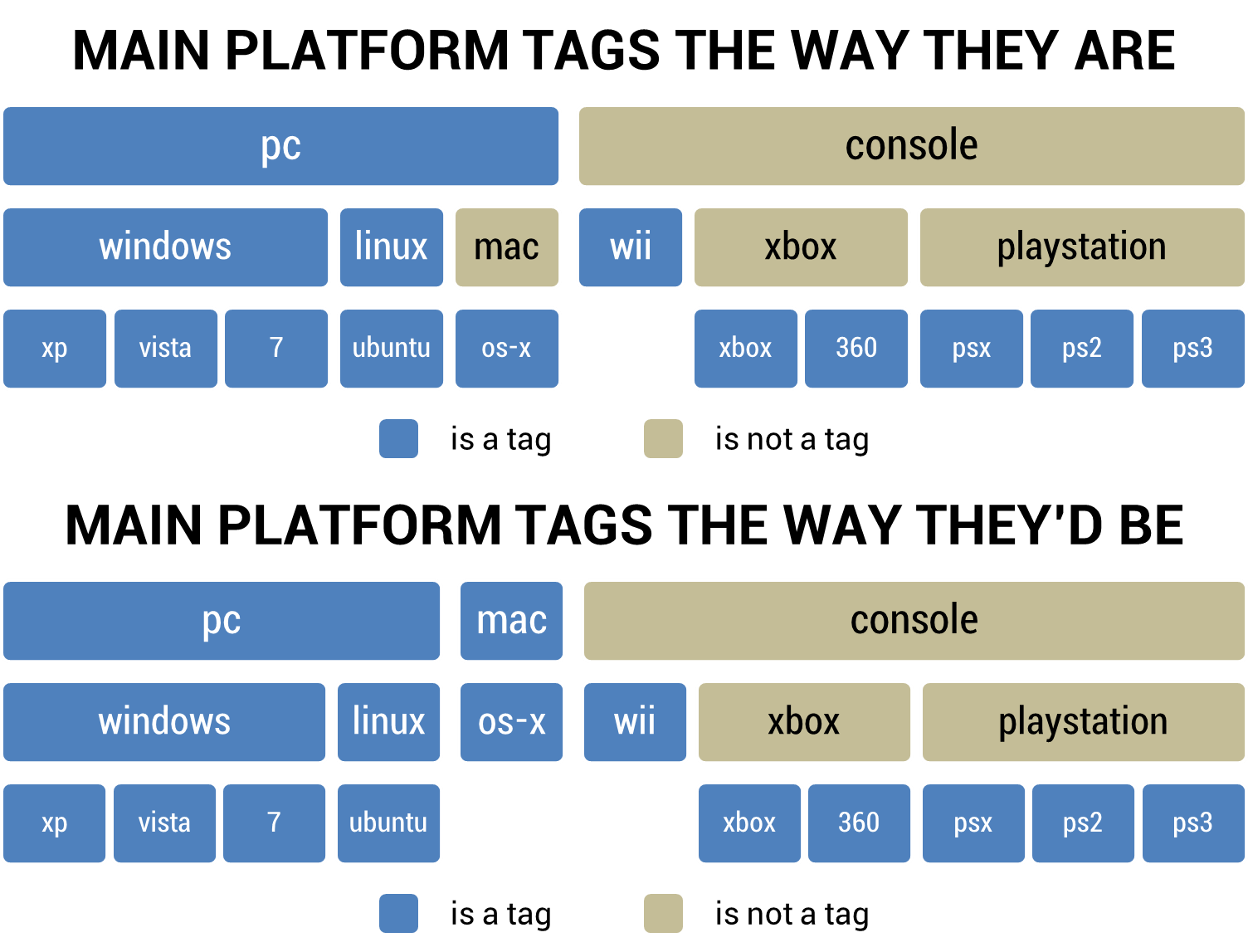 The only way we have at our disposal to nudge people in using tags correctly is tag wikis (which I anticipate being insufficient) and tag synonyms, which is why we redirect mac to os-x. This helps new users have a better picture of our (implicit) tag structure.

Besides, as you've pointed out, os-x is very barely a "version" tag. It's been around for ten years in eight different versions, so your comparison between windows-nt and os-x doesn't really work. We can easily anticipate, also, that os11 (or os-11 or os-xi or the-new-os-x or whatever) is going to be as much of a breaking change with the past as osx has been compared to os9 — making it hard for questions to apply to both operative systems. So even that use case is not worth optimizing for.

In the end, while it might be aggravating for our Mac users that they cannot gain a tag badge for mac, it's also not the fault of Stack Exchange if Apple persists in their marketing efforts to classify their personal computers as not PCs. Our platform tag system is shoddy as it is, let's not make it any shoddier.

¹ Actually we kind of do: dos.

While either os-x or mac would be more accurate than what we have now, I think this should be changed to mac to correspond to the other platform tags we use, notably pc, with os-x left as an option for questions specifically about the operating system (corresponding to windows), if that needs to be a thing.

Everyone and their mother calls the platform "Mac", not "OSX" or "OS X":

In one of the previous requests, there was some concern we would need to distinguish between Mac OS classic and OS X, leading to the situation we have now (and allowing for a possible classic tag), but not using the name everyone uses for fear of clashes with Mac OS classic is esoteric and does not reflect real-world usage.

Mac OS classic died an ignoble death in 2002 with the discontinuation of Mac OS 9. OS X was launched at the end of 2001. As such, there is a period of less than a year where "Mac" could refer to both platforms and any ambiguity about what a question asker wants could come into play.

But even if we were concerned about such a small time period, very, very few games were released for both platforms during that time period: either they worked on Mac OS 9 or they worked on OS X (and almost certainly the latter).

And even taking those games into consideration, it's easy to say, "I'm talking about X game in Mac OS classic" if that really is a crucial detail (99% of the time, it really isn't).

But beyond that, Mac OS classic is not reasonably considered by anyone to be a separate platform such that people still use it or play games on it or refuse to associate it with OS X1. They're both Mac. If you're talking about a game that came out in the 80s or 90s, it was released on Mac OS classic. Otherwise, it's OS X.

So I plead with Gaming.SE, as one of the most active Mac gamers here, to make us not look like we're clueless when it comes to the Mac platform. Death to osx, long live mac!

Note 1 Think Windows 95/98 vs. Windows XP: we don't have separate tags for windows-9x and windows-nt: we just use pc and windows.