Within 15 seconds, we had the following two questions.

There has been a case made for reopening it, on the grounds that it's not really the same because it is broader. But I don't particularly see the value in keeping two separate questions if, were the broader question to be properly and fully addressed, it would render the narrower question as a complete subset. This ultimately just reverses the direction of duplication in my eyes.

bwarner had a suggestion that we merge them and get the author of the other question to expand their question to touch on all the attributes. I'm leaning in this direction myself (it requires less extraneous action than it would to shuffle the closures from the current state), but I'm open to alternative suggestions.

What do people think? What should be done about this?

Personally, Raven Dreamer has a point about the accepted answer being a bit of a drag on the older question.

There should only be one question, and Raven Dreamer's is the more comprehensive version. The older one should be closed as an exact duplicate of it: there is precedent that even though the close reason mentions time playing a factor into the closure, the more canonical of the two duplicates is the one that should stay open.

I don't see merging as a good solution, as the only answer on the older question doesn't address all the stats, so it wouldn't answer the new, comprehensive question. That is, merging only works well when both the answers and questions cover the exactly the same ground. In this case, they don't: one's a subset of the other.

However, I believe the intention is also to have some amount of duplication so people can find what they're looking for without having to click through to the duplicate once they're on the site. In that case, I'd say keep them both open, albeit with a better title on the earlier one ("What do these stats mean?" tells me nothing).

I personally think this option is bogus, as it opens the door to me asking about a different subset of stats, or asking about the same stats but in a different context, and if we're just going to ask about item attributes the dungeon-siege-3 tag is going to be really lame.

To wit, there's another question about price tags: is the value of an item also an item attribute? If so, should it be closed and merged as a duplicate, too?

Which brings me to the real problem with these item attribute questions: they're really soft, and they're likely to be completely explained when the game comes out tomorrow: either in the manual, or in the game's help files. They were only interesting in so far as the demo didn't explain the details of the game (because it's a demo). I can understand if something's tricky or not explained very well at all, but if it is the case that the standard attributes are explained clearly in game, why are we asking these questions in the first place?

Long story short, if we had one comprehensive version of the question, that'd be good. So I'd support taking Raven Dreamer's question, generalizing it even more, and closing the other question as a duplicate of it. I'd say we should just make the question community wiki too; this way we have one, collaboratively edited, canonical list of all the attributes.

I've been thinking a bit based on all of the answers here so far, and here's an idea I came up with.

The answer to spugsley's question explains the specified attributes, but also explicitly explains how to find out the effects of every attribute - via the help topics.

Which, as M'vy demonstrates, they appear to be in a very easy-to-browse and mostly comprehensive format. Raven notes that they are vague as far as exact mechanical numbers go, but part of me ponders whether going for the whole statistical analysis is biting off more than we can (or should) chew on a question about what the attributes simply are. As such, I think that trying to go for a complete list is either redundant with explaining the help topics, or too ambitious for us to embark on for this one question.

I'm not one who enjoys invalidating answers. So my suggestion is to amplify the existing answer with a screenshot of the help topics (ideally of one of the specified 4 attributes), then generalize the question such that it asks something along the lines of "How do I know what an attribute on an item does? I'm specifically interested in these 4 [...]". This keeps the answer still valid, focuses the attention of the answer onto the more generally useful component (and that which Raven initially sought), while still retaining the focus point that spugsley asked for, and got as an answer. It also serves to validate the direction of the current closure without significantly changing the target question such that one wonders why we didn't just bother to reverse the closure direction.

This hinges on the "Help Topics, hit ESC" is sufficient on answering Raven's question (which notes that documentation is absent, not necessarily that the help topics are insufficent). If that isn't sufficient, I think that Raven's question is able to be expanded past that, specifying all the fancy stats, without necessarily rendering spugsley's question as a duplicate after the reopening. I dunno. I'll have to play that scenario by ear.

The only reason I requested a reopening is because the other question had an accepted answer and it did not appear as if the author would make their question broader. Narrow question and accepted answer, to me, means 'not likely to get more comprehensive answers'.

Edit: Looks like others are looking for more definite answers as well... (Tzenes approved it, but I'm not sure he's aware of this meta thread.)

I do not think that listing all the characteristics of dungeon siege III is very important.

Which brings me to the real problem with these item attribute questions: they're really soft, and they're likely to be completely explained when the game comes out tomorrow: either in the manual, or in the game's help files

All of this is indeed stated in the "help topic" in the game : 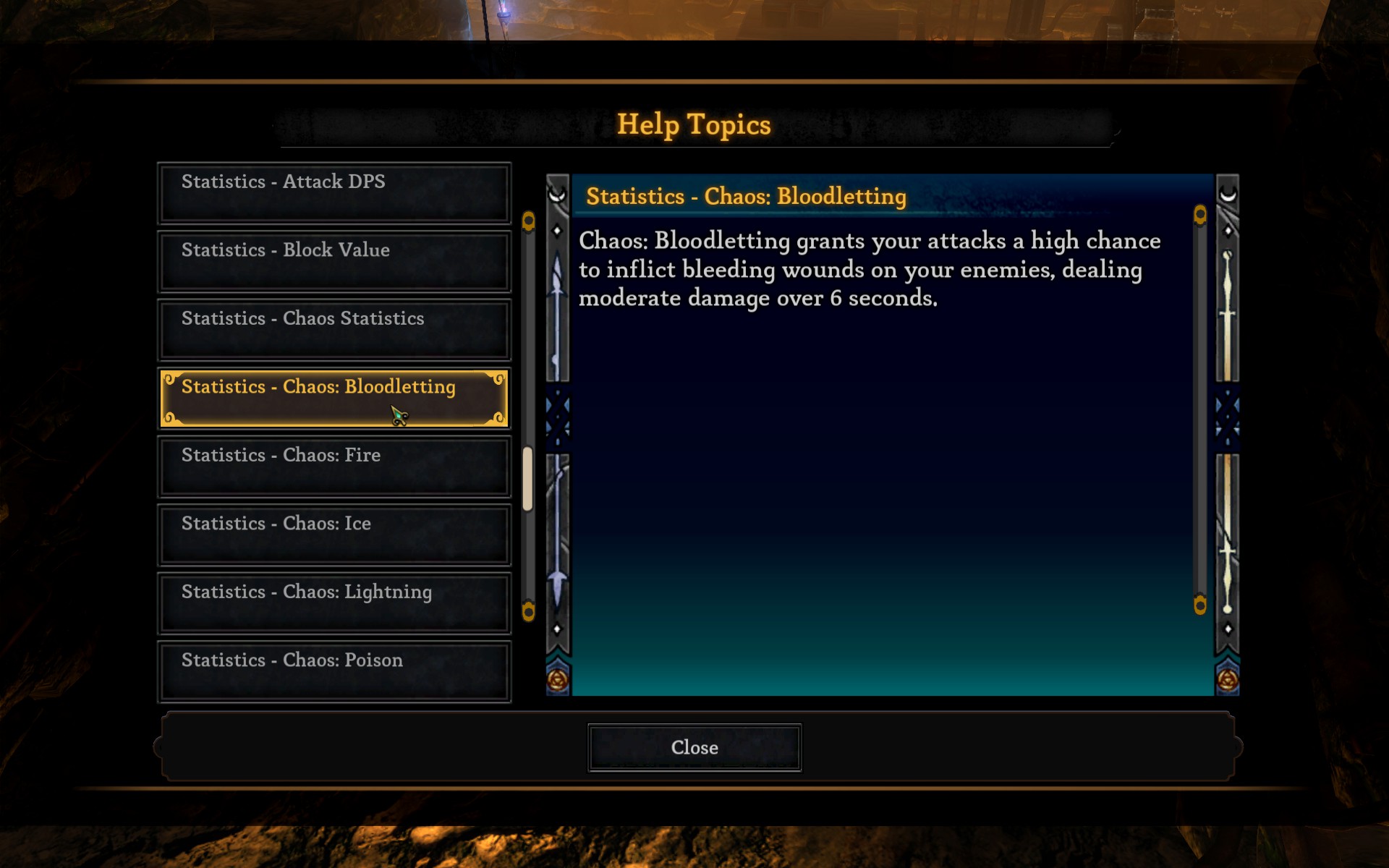 The game itself does not provide any clear information on games mechanics, such as what is the damage equation regarding attack, bonus and armors etc... so I guess that pointing gamers to the help section is enough.

Maybe we can have one question change into : where do I find a Dungeon Siege II characteristic description ... : answer in the "Help topics" in game.

Not the answer you're looking for? Browse other questions tagged discussion specific-question exact-duplicates .

17
Spoiler alert: [spoiler] dies
22
I never asked for this
4
Should we close ill-posed questions?
7
Are questions about item viablility allowed?
1
What should we do about existing extra long list answers?