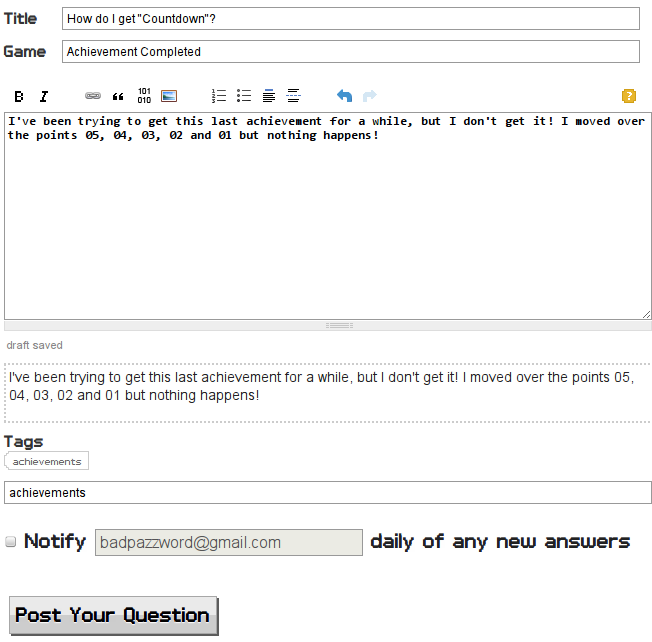 63
A personal appeal to Jeff Atwood: Recent Changes to Gaming
22
Can I see public data about visits and page views for Gaming?
15
Sorting out the tagging mess
30
Allow tags to be blacklisted specifically from appearing in the HTML page title
10
Best Practices: Titles and Tags
11
Replace the tags page with a games page
5
What can we do about all those untagged questions?
3
Why do we need a [ludum-dare] tag?
4
Twitter user StackGaming needs some common sense

3
"looking-for-game" tag vs. "identify-this-game" tag
10
Class Tags and Diablo 3
8
Should I specifically tag if a game is on a mobile device?
14
Add a 'new tags' review queue
13
Using game sub-tags but not using the game tag
3
Merge synonyms for tags on Meta