If you go to the roblox tag like the last six questions are all "what is this foo icon next to the player's name" and the answer is always "it's game specific". Can these all be duplicates? 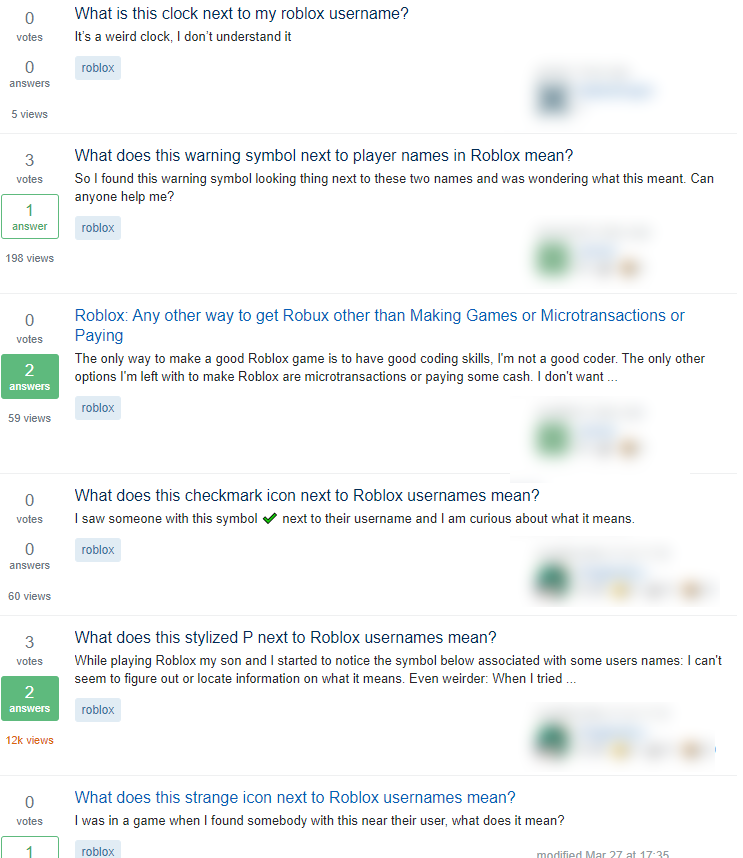 As stated in this question's comments, we should create a canonical instead that contains all possible symbols, then mark all the symbol questions as duplicate of that instead.

According to a comment on this answer, symbols vary between games, so we may instead have to tell users to consult the game creator.

We have also agreed that the best user to create said canonical would be a Roblox player themselves, so if you would like to volunteer yourself, go ahead and create it. Be sure to explain clearly why the icons are game-specific, and give examples of how two of the same symbol might mean different things in different games.

14
Outdated Answers Due to Patches
7
Questions about after the game ends… but *NOT* about what to play next!
2
What apout [quests]?
1
How to handle a tag change on game that had its name changed with the old one still being prominent?
1
Should there be a question about 'Dismantling' for Witcher 3?
0
To what depth can we ask about game mechanics (if at all)?
8
Why was this question's title reverted to be in the '[tag] - [question title]' format?