The Curious badge and timezones

Living around the GMT+8 timezone, I have been certain with asking questions on separate days in this site for a while, and seeing how all my questions progress, it seems like a possibility to get the Curious badge.

But this changes everything: 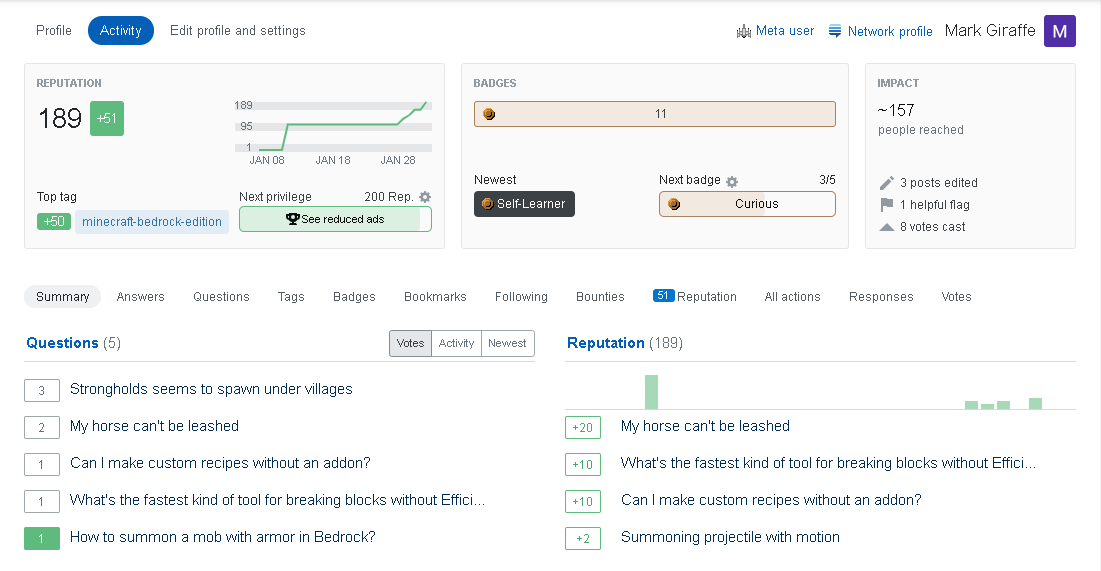 3 days asked? How? Every question I ask is out of 12:00AM of GMT+0 (I think you all know what the time is here if that's the case.) but I still get positively received questions.

This actually confuses me and gave me flashbacks on a post on Meta SE explaining how he can't get the 'Curious' badge because of day innacuracy (I don't remember the link to the post so you can find it instead and edit the question.)

So with all of this in mind, what am I doing wrong here? Why aren't I getting the amount of supposed days of a good question?

I'm not sure what you're referring to in your screenshot because there's nothing on that particular screen which talks about post dates. (Possibly you're misunderstanding the reputation graph?)

But for the 'Curious' badge, you need to ask a "well-received" question on 5 separate days. Server time is UTC, so that's what accounts for a "day". When I look at your account, I see that you've asked six questions on five separate days, but they've not all been upvoted. I'm not sure if 'well-received' just means 'upvoted' or something specific, so there's that too.

If you hover over your badge on the question page itself, you can see the server time for when you posted the question (if not displayed explicitly.)

Your non-closed questions were posted on (UTC): 23 January, 25 January (x2), 27 January, 28 January. That's 4 different days by my count, not five, regardless of how you look at it. Your sixth question on a separate day was closed as a duplicate so I don't think it counts as a "well-recieved" question.

Either way, even if the "day" the server is counting isn't the same as your day doesn't matter in the long run. Just keep asking good questions and eventually you'll hit the magical five day mark.

Not the answer you're looking for? Browse other questions tagged discussion badges user-profile .

2
It's in my inventory, but not in my area (Curious, a long-awaited badge)

6
Jormungandr's so big, it fits all around the world, and in two separate questions
2
My question has been removed for no apparent reason
21
How to get an up to date answer for old questions with obsolete answers?
12
How can I work towards removing an answer ban from 1 bad answer?
1
Finished the Curious badge, but haven't received it?
4
Why haven't I earned the Curious badge?
13
Should we split the Bedrock NBT question into different questions for each possible workaround?
2
It's in my inventory, but not in my area (Curious, a long-awaited badge)
8
Are there any adverse effects to purposely earning the Peer Pressure badge?