Why were the Unicode characters removed from this question? 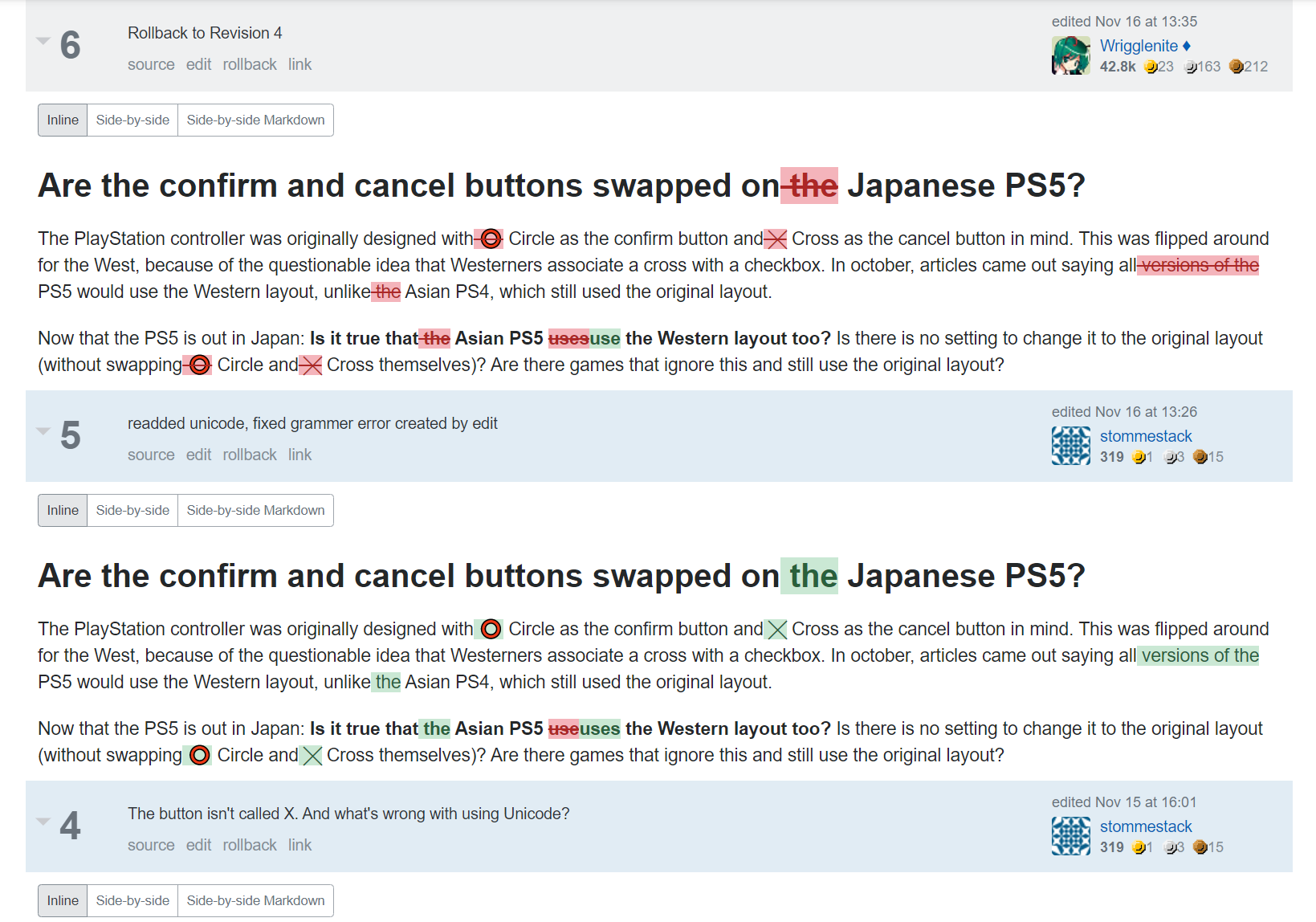 The unicode characters in question are the following:

I can see a good argument here that these are simply not the correct characters for this purpose, even though they bear some resemblance to the controller buttons. But those characters certainly don't mean the same thing.

Unusual unicode characters also have a significant chance of simply not working in some settings. So there is a real drawback to using them.

If there were characters that actually represented the controller buttons I think it would make sense to use them. But using unrelated characters that resemble the buttons a bit is confusing at best, and mit actually just lead to empty boxes for some people when those characters are not available.

10
Is it okay to heavily edit out subjectivity?
6
Should we be allowing tags to be manually prepended to the title of questions?
0
Is it okay to insult gamers in your answer?
12
Answer has been edited after being flagged
19
As an editor, do I have room to improve a question even if it changes it a little?
3
Why has this question asking for developer statements been reopened?
1
What to do if a user posts multiple related and poor quality posts?
12
What types of question are not a good fit for the Hot Network Questions list?
18
Do we want to unpin the accepted answer from the top?