Just a Curiosity Question: Whats with the recent downvoting on the newest tab?

So, I came in today, and saw that nearly every newest tab item (or atleast many of them) had -1 to -4 downvotes, Is someone serial downvoting? or are the questions literally that bad?

I dont want to start anything about questions being good or bad, so im just curious. 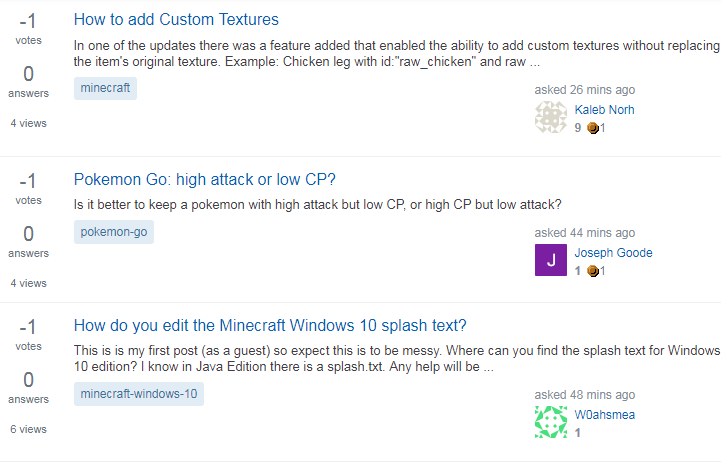 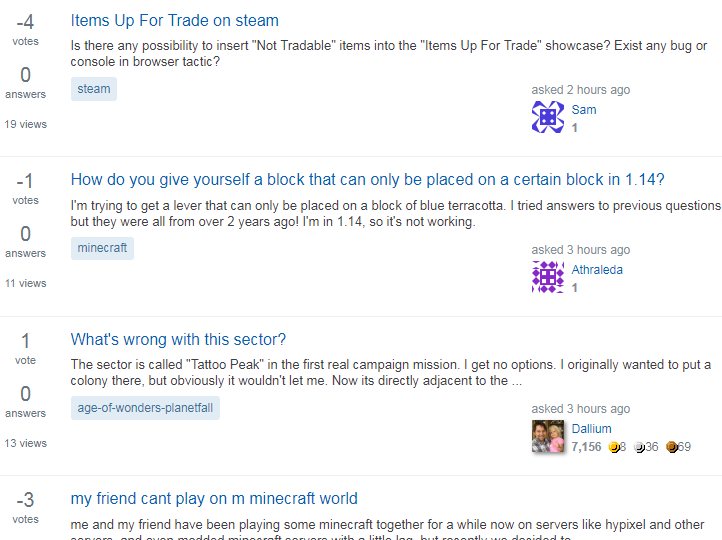 I didn't downvote these questions, everyone's votes are anonymous, and people can vote for a variety of reasons. the downvote tooltip (seen when hovering over it) states:

This question does not show any research effort; it's unclear or not useful

Having said that, I can hazard a few guesses as to why this particular crop of questions are downvoted:

This sounds ok, but is probably fairly simple task that a google search would solve. 'Does not show any research effort' would probably apply.

This question is awfully brief. It doesn't show any prior research, or even give examples, just poses the question without any context. This would be worthy of a downvote.

However - as a casual Pokemon Go player myself - it is an interesting question: I actually think this is a 'Good Subjective' question - the trade-off of attack power vs overall 'Combat Power' is pretty nuanced, and a Pokemon Go expert could give a quite an in-depth answer to this. If it ended up getting a couple more downvotes, it would be a good candidate for answerers to earn the Lifejacket, Lifeboat or Reversal Badges.

Having said all that, I'm like 99% sure this is a duplicate question here on Arqade. (Edit: I was right)

Again, seems to be a valid question but probably one that's solved by a little bit of searching/effort.

Sounds like this is looking for a way to circumvent Steam trading restrictions. More than likely against Steam's TOS. I'd personally downvote this and I wouldn't be surprised if it gets closed.

(-1) : How do you give yourself a block that can only be placed on a certain block in Minecraft 1.14?

Just based on the summary text, I don't think the asker has given what their attempted solution was, only that older solutions don't work for them. In any case, it sounds like the question is an attempt to get fresh answers to old questions, and is therefore probably a duplicate.*

* This is something we as a community might need to tackle sometime soon as well, as we don't have a real good solution for the 'new user -> duplicate question -> outdated answer' problem and stuff like this comes up often.

This is definitely, 100% a duplicate. A very common question that gets asked.

To conclude, this isn't some new trend, or our users having a 'bad day' or something, they just aren't the best crop of questions.

Also note that a single downvote in itself, isn't a problem - it's once you start seeing 3 to 4 downvotes pile up, it might mean something is seriously wrong here.

The questions you are seeing do have some issues that a downvote would be an appropriate action for. But don't let that stop you from voting another way and/or editing them to be in better shape.

Not the answer you're looking for? Browse other questions tagged discussion questions voting .

5
Whats with the recent spurt of chain editing?
3
Allegations of hat-fishing, and a humble apology
5
No reputation loss for downvoting a question
64
Please don't misuse the voting system
10
Clarifying titles for the more generic-sounding questions
3
Why the hate for the "context needed" questions list?
10
The question shouldn't be closed. Why is it?
17
What is it with massive downvoting of [minecraft-commands]?
2
(not) Closing old questions