Is 'unimplemented' synonymous with 'unreleased'?

While going through the review queue, I came across this question that asks about voicelines in the game files, but are unused in the game.

There are tons of games that have unused or unimplemented content. My question is: are they on-topic here?

IMHO it's not the same and the linked question is fine. Unreleased is off-topic until some point where it goes live.

Unimplemented things are not necessarily off-topic. The reason why it has not been implemented would be OT (developer intent), but info about datamined content is not (or at least not automatically). When I find datamined models of a mount in WoW and ask what mount that is it should be allowed. Period.

Also when do you know for sure something isn't in the game? By good will or tossing a coin? Only because someone thinks it's not being used doesn't mean it's true. It may as well be hidden or rarely used (maybe just by admins/ GMs/Staff or testing purposes). When I ask what the Stick of Truth looks like in WoW and three people tell me it's not implemented although it's in the game files (it really is, just under a slightly different name) and you close it instead of posting this: 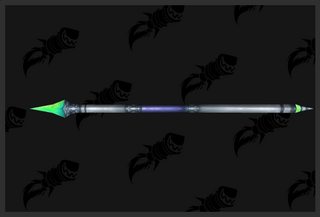 Who have you helped with that?

So IMHO the linked question is perfectly fine. It doesn't ask why a certain android is not in the game.. it asks who that is and the voice (actor) has nothing to do with dev intent or other OT reasons.

treat it as off-topic

There is no way to know about datamined content whether it's intended as actually to be released or just an experiment that they forgot to remove from the finished product. As such, this can be considered a mix of "developer intent" and "unreleased content", because if it is content in preparation for a later patch, it's unreleased content, and if it's content that they started on, but don't intend to finish, it's developer intent. Either way, it's off-topic.

3
Are (logic) puzzle games allowed on this site?
9
Are other websites allowed to duplicate questions and answers from this site?
6
Is this question off topic because of the release date?
10
What happens with vulgar user names?
6
Are questions asking about game files on topic?
8
Is asking for official resources off-topic?