Yesterday, I gained 207 reputation on Arcade and I got a badge claiming I hit the daily reputation limit of 200. However, I thought that you could only get 200 reputation in one day, so how is this possible? Did I break something? I did not get any bounties, so that's not it.

To break it down, here is what your reputation looked like for that day: 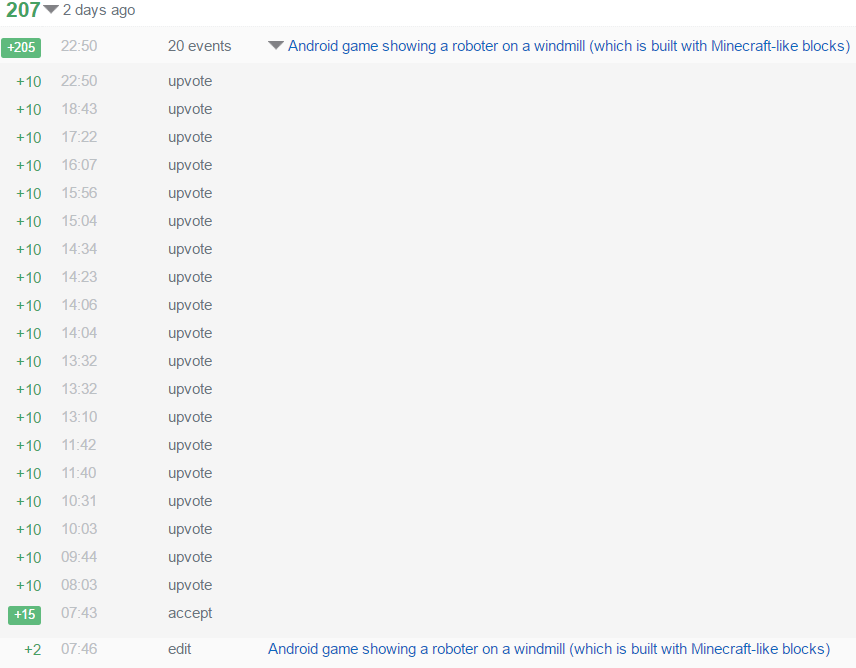 So, for this answer, you received 19 upvotes and an accept. You also had one edit approved.

This can be represented as:

All of this adds up to 207 reputation. As mentioned in another answer, accepts, the association bonus, and bounties do not count towards your daily limit. So really, you were at 192 reputation for the max. If someone were to have upvoted that answer (or another answer of yours), you would have received a +7 reputation gain since you cannot exceed 200 (or in the case of someone upvoting a question of yours, a +5 an then a +2 for a second upvote).

Once you reach the daily limit, your upvotes will still be shown on the reputation tab, but no reputation will be given, like this: 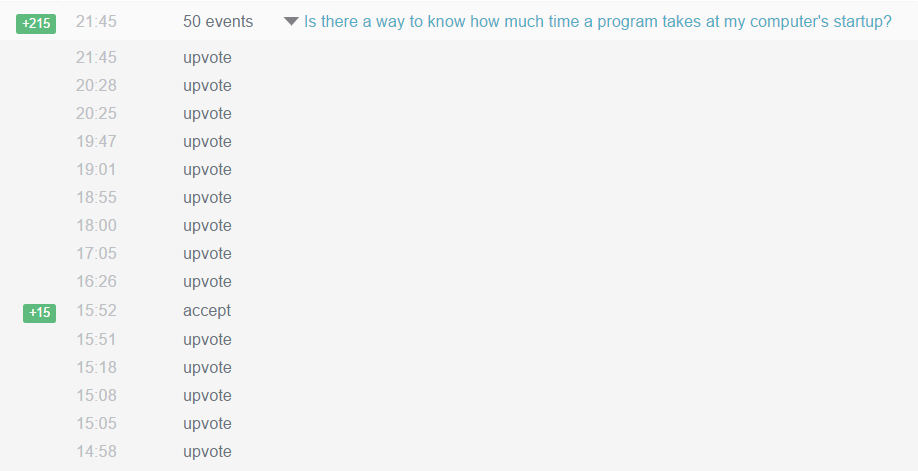 From my Super User profile

But why did you get the Mortarboard badge for reaching the reputation cap if you didn't actually reach the cap? From what I understand (and from what this Meta discusses), you get the badge for earning 200 reputation in a day:

To be clear the badges have not changed, the descriptions were always inaccurate since it's a net 200 total that's checked... we're simply clarifying this. At the same time, we're taking the chance to remove the mention of the reputation cap...since it's not really related to the badge.

Besides bounties, the 15 reputation from accepted answers, and the 100 reputation from association bonuses also don't count towards the daily rep limit. You probably got an answer accepted.

You didn't break anything. If your answer is accepted you will gain 15 reputation that does not count towards the daily reputation cap.

From the help center:

You can earn a maximum of 200 reputation per day from any combination of the activities below. Bounty awards, accepted answers, and association bonuses are not subject to the daily reputation limit.

Not the answer you're looking for? Browse other questions tagged support reputation .

2
My accociated account rep is MIA
2
Not earning reputation even after logging out and back
8
What can I do about being answer-banned when both of my answers were deleted?
12
Is there some way to request peer review on an edit?