To what depth can we ask about game mechanics (if at all)?

Note: this paragraph only refers to a particular example of where this might occur. I am also asking in the general sense. I'll do my best to try and explain exactly what I'm doing first of all. Below is a screenshot of Nintendo Nightmare, specifically of a cheat box in game. It can a lot of things, including the arbitrary addition of objects to the game. (I would rather not try to go into details as Game Maker has some pretty bizarre programming features that this ability revolves around.). I would probably compare it to a more feature-filled version of the whole Minecraft Command Block modding trend that's been going around the internet. Now obviously, questions that are about Game Maker's code in and of itself are not allowed, but would asking how something that already exists in the game works and/or what it does under certain circumstances be allowed? 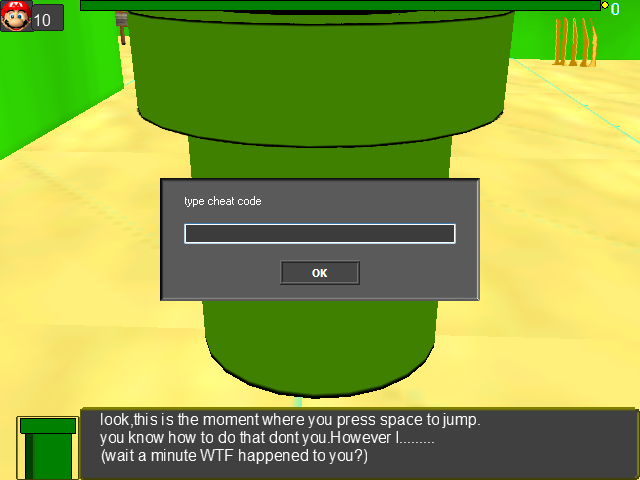 In the more general sense to the question, is asking how a specific object in a game works in a non-code sense allowed? I mean like asking what will happen if a certain enemy ends up outside of bounds, or the exact height of a character's jump. These don't seem like game dev or physics things as this isn't the real world (obviously) and the game isn't being "developed". Plus, it's most of the time something most players with experience playing a game can answer. I mean, I guess this is all about to what depth one can ask about the mechanics of a game. I'm not sure if all game mechanic questions are not allowed or if there are some which are allowed to be here.

Firstly, it may be a good idea to have a read of the Tour page if you haven't already. This helps to give a general sense of what Arqade is good at, and what we've determined doesn't work well for our site.

Following on from that, if you need more in-depth info on a topic, you can also check out the Help Center, which has dedicated pages for What topics to ask about, and What types of questions to avoid.

Both the Tour and the Help Center are available from the 'Help' menu on the top-navigation bar: 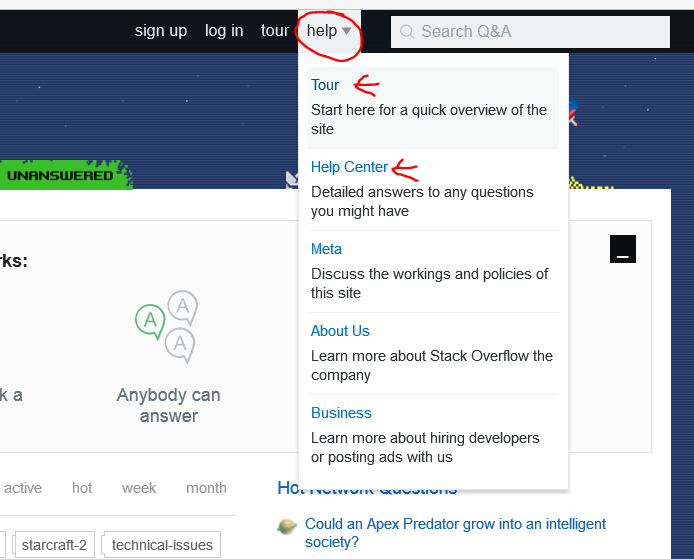 Now, on to the topic at hand:

...would asking how [Nintendo Nightmare's cheat box] works and/or what it does under certain circumstances be allowed?

I would say that, given that Minecraft Commands are on-topic here, its fair to say that asking about commands and how to use them for the cheat box would also be on-topic. This is knowledge that someone playing the game would know.

So for example, these types of questions would be acceptable:

However, asking how the cheat box works under the hood would be off topic. How exactly the object turns commands into objects in-game isn't something that we (as gamers) would know about. The original developers of the game/mod would be able to answer this, but as gamers are very rarely the developers, we would not be able to answer something like this.

As it is, we've explicitly called out these sorts of questions as being off-topic:

Please note, however, that site policies prohibit questions of the following types:

- Help Center: What topics can I ask about here?

...Is asking how a specific object in a game works in a non-code sense allowed? ...[e.g.] what will happen if a certain enemy ends up outside of bounds, or the exact height of a character's jump. ...

I think it's a good idea to draw from the Tour page for this:

Focus on questions about an actual problem you have faced. Include details about what you have tried and exactly what you are trying to do.

In other words, so long as your question is specific, focused, and something that can actually occur, you should be ok to ask it. Here's a real-world example of an NPC being somewhere they shouldn't: How to get Father off the roof?

On the other hand, open-ended, theoretical questions like "I was wondering what would happen if [NPC] in [Game] was placed [Out of Bounds]" aren't what we're here for:

To prevent your question from being flagged and possibly removed, avoid asking subjective questions where ...

Help Center: What types of questions should I avoid asking?

When you have a specific, focused game-mechanics question you want to ask, first ask yourself:

If the answer to that is 'Yes', then you should ask it!

8
What makes a question "Good?"
8
Revisions of the Gaming site FAQ - on what we can actually ask about
12
When is it OK to start talking about new games?
6
Should general questions about technical issues be on-topic? If so, what subset?
0
Where would I ask about designing games indie-style
2
Can we have a "Feature x glitches out" duplicate target for all Pokemon Go performance problem questions?
6
Are questions asking about game files on topic?
4
As of 2019 am I allowed to ask about speculative lore on Arqade?
14
Are questions about the social rules/etiquette of a multiplayer game in-scope?
12
Why is this question about a game mechanic off topic?