This is primarily a PSA to get users to be sure that tag wiki content is not plagiarized.

The fact that only 20k+ users can edit tag wikis without being reviewed first carries quite a bit of weight here, as there are only 41 users with this privilege on all of Arqade. (Even less, considering that 8 are moderators and 1 is a Stack employee who have the privilege regardless of their rep, as noted by @Robotnik in the comments)

On top of that, only 241 users are eligible to review suggested edits to tag wikis and their excerpts, as that privilege comes with having 5k+ rep. However, I've rejected two blatantly-copied suggested tag wikis, only to see them get approved by two other users. This pretty much defeats the purpose of assigning these privileges to such high rep numbers.

This edit copies a significant amount of content from an external source. Generic descriptions such as encyclopedia articles and ad copy do not provide useful guidance; try creating something useful to this community specifically, and be sure to attribute the original author. See: How to reference material written by others.

Simply copy-pasting the bodies of the following tag wikis into Google brought me to external pages with the same text as the tag wiki.

Paladins: Champions of the Realm is a hero-based cooperative shooter with strategy and deep character customization. Through a unique collectible card system, players can amplify and augment a character’s core set of abilities to play exactly how they want to play.

Simply googling the body of the tag wiki brought me to the Steam store page for Paladins, which features this description:

Enter a fantasy world of ancient technology in Paladins, a team-based shooter with strategy elements and deep character customization. Through a unique collectible card system, players can amplify and augment a character’s core set of abilities to play exactly how they want to play.

I have bolded the parts that are identical between the two.

This one is a bit older, but seeing the previous tag wiki be approved brought the super-mario-64 tag wiki review to mind.

You can see the tag wiki here and the edit review here.

Super Mario 64 was the first 3D Mario game first released in Japan on 23 June 1996. It is considered a 3D platformer where the player controls Mario through several courses. Each course is an enclosed world in which the player is free to wander in all directions and discover the environment without time limits.

It was the best selling Nintendo 64 title, with over 11 million copies sold. The game had ground breaking 3D technology, and is critically acclaimed to be one of the best and revolutionary games of all time.

While less blatantly plagiarizing, copy-pasting the first paragraph into Google brought me straight to the Super Mario 64 Wikipedia page, where you can find the following passage under Gameplay:

Super Mario 64 is a 3D platformer where the player controls Mario through several courses. Each course is an enclosed world in which the player is free to wander in all directions and discover the environment without time limits.

I have again bolded the identical parts between the tag wiki and Wikipedia article.

That said, there have only been maybe three or four suggested tag wiki edits total that I have reviewed so far that have been blatantly plagiarizing, but the fact that two of them have gotten approved is a bit upsetting. Plagiarized tag wikis aren't extremely prevalent, so this isn't a huge deal, but I believe that Arqade (as well as all SE Network sites) is against plagiarism. Thus, I think it is important for reviewers, especially tag wiki reviewers, to double check before approving.

As this is still an issue, I felt it would be best to (finally) post an answer to this.

The solution to preventing blatantly plagiarized tag wikis and excerpts is to google the suggested edit text.

I will attest that this takes no more than 15-30 seconds, at the most, even on mobile. If you, as a reviewer, do not feel that you have the time to spend less than half of a minute of your day to verify the quality of a suggested edit (as reviewers are expected to do), then leave it to others who do feel they have the time.

In the past few weeks, numerous plagiarized tag wikis have been suggested. Luckily, the previous batch (some examples are this, this, this, and this review) was caught and rejected outright, but today, I noticed multiple approved tag wikis that were both unapologetically stolen from the game's Wikipedia articles on top of not being useful tag wikis in general.

Three of these plagiarized edits have been approved within the past hour or two:

The first of these is the LawBreakers tag wiki. Its tag wiki review can be found in link provided.

Interestingly, an equally plagiarized tag wiki was suggested yesterday, but was rejected, while the one approved today was the exact same paragraph, plus four more paragraphs from the Wikipedia page.

The second plagiarized tag wiki was the SuperHot VR tag. The review for it can be found here.

This is how simple it is to determine that an entry was plagiarized:

Step 1: Copy a paragraph from the edit. 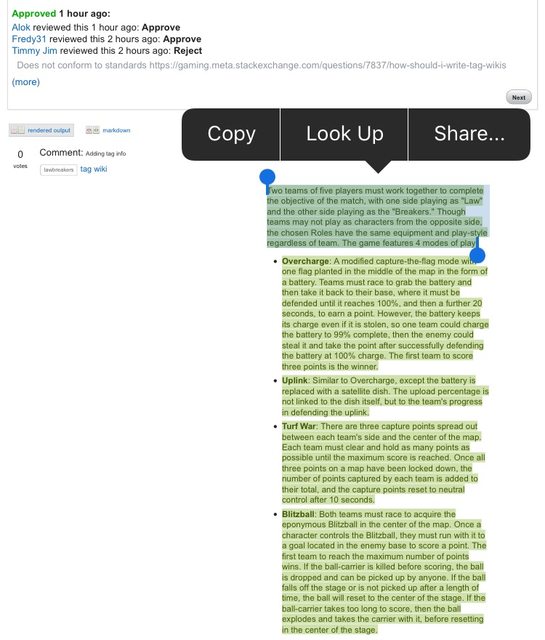 Step 2: Paste the text into the search bar in your browser of choice and hit Enter, then look at the top results to look for similarities. In this case, it was blatantly obvious. 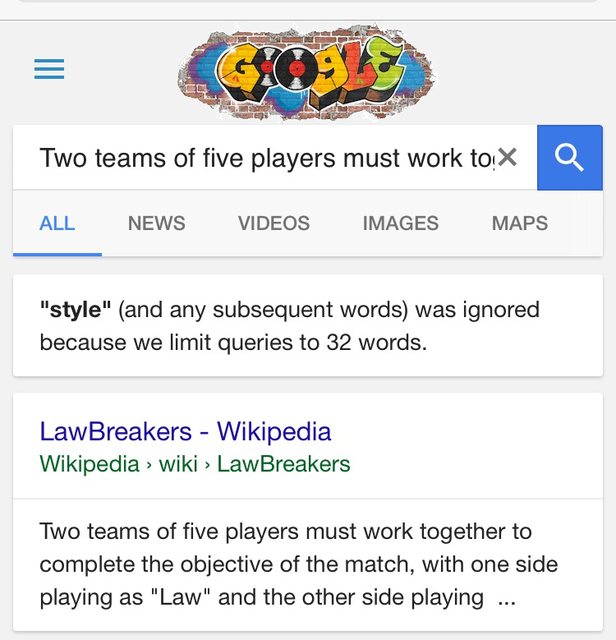 Step 3 (optional in most of these cases, since Step 2 is already pretty damning): Look at link that text may have been copied from to verify plagiarism: 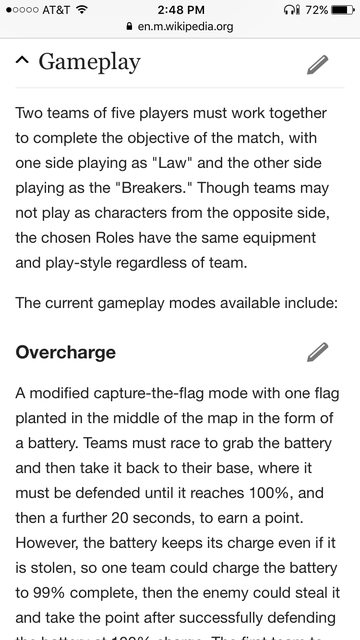 While the pictures are specific to the LawBreakers suggested edit, it works for others as well: 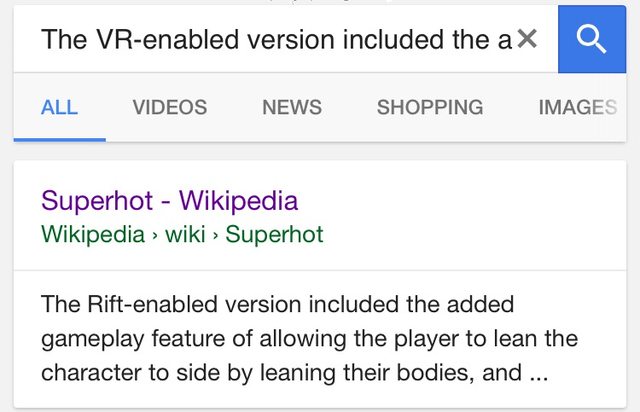 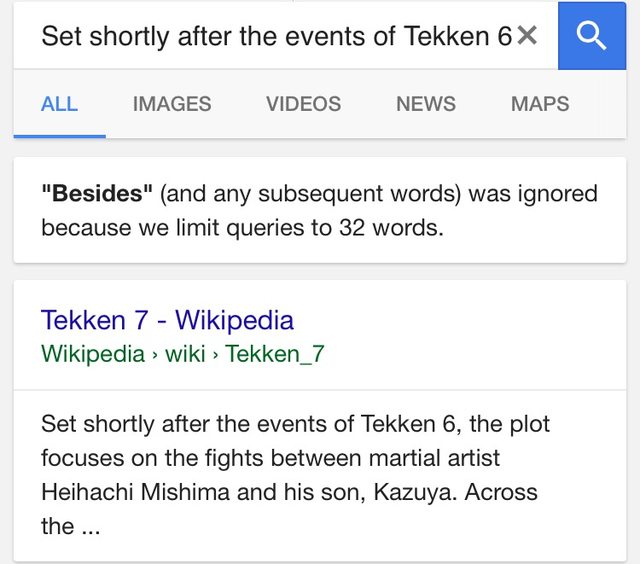 The bottom line of all of this is that those who take it upon themselves to act as reviewers should understand their responsibilities in doing so. If you don't want to spend the small amount of time required to verify the quality of the posts you're reviewing, then leave the reviews to others who will spend that time.

However, I've rejected two blatantly-copied suggested tag wikis, only to see them get approved by two other users. This pretty much defeats the purpose of assigning these privileges to such high rep numbers.

I think you need to appreciate a couple of things.

Firstly, it isn't blatant because in order to determine plagiarism you need to copy and paste parts of the tag documentation into a search engine. As shown by the Super Mario example, you have to get the search just right to show a segment has been plagiarised. This is an extensive effort for every review, to which I doubt was undertaken prior to this meta. I doubt it is something that will significantly change (in terms of future reviews being conducted as you describe).

That being said, NO! - I don't believe reviewers should be required/expected to cross-reference content against other sources. It's wasted effort and something that is unlikely to be enforceable. As already pointed out it seems rare to encounter such cases. You need the majority of reviewers finding such plagiarism.

A more suitable course of action would be to look into automating the process of searching tag content vs. search engine hits. If that process flags anything then it can be manually checked.

Whether we use scripts or a manual process of finding such cases, seeing as the reviewers are moderators in many cases (perhaps?) it may be suitable to just use moderator flags for such verified cases (rather than relying on multiple reviewers to go through the process of using google to find matching sub-texts).

In any case, we should really be enforcing this policy better: https://gaming.meta.stackexchange.com/a/7845/101016. I would say it would have caught the Paladins example easily, and probably the Mario example too.

Usually when I create a tag for a game that doesn't have one yet, I'll copy a sentence or two from somewhere that describes the game, and maybe change a word or add some punctuation.

If that's plagiarism, then we have some incredibly high standards for plagiarism.

It's usually from the official site for the game, meaning that that's the advertising language they want used anyway.

I find a tag that says what the game even is to be quite useful, myself. If somebody has some specific advice for using it on this site, they can always add it later.

If we want a link to the original source of two sentences, I can certainly add that in the future.

Not the answer you're looking for? Browse other questions tagged discussion reviewing tag-wiki plagiarism .

47
How should I write tag wikis?
10
How to avoid Tag Wiki/Excerpt plagiarism?
3
Why am I approving Tag Edits for higher rep users?
2
Tag wiki reviews - editing text