Reputation Graphs have been wound backwards!

This picture should say it all. 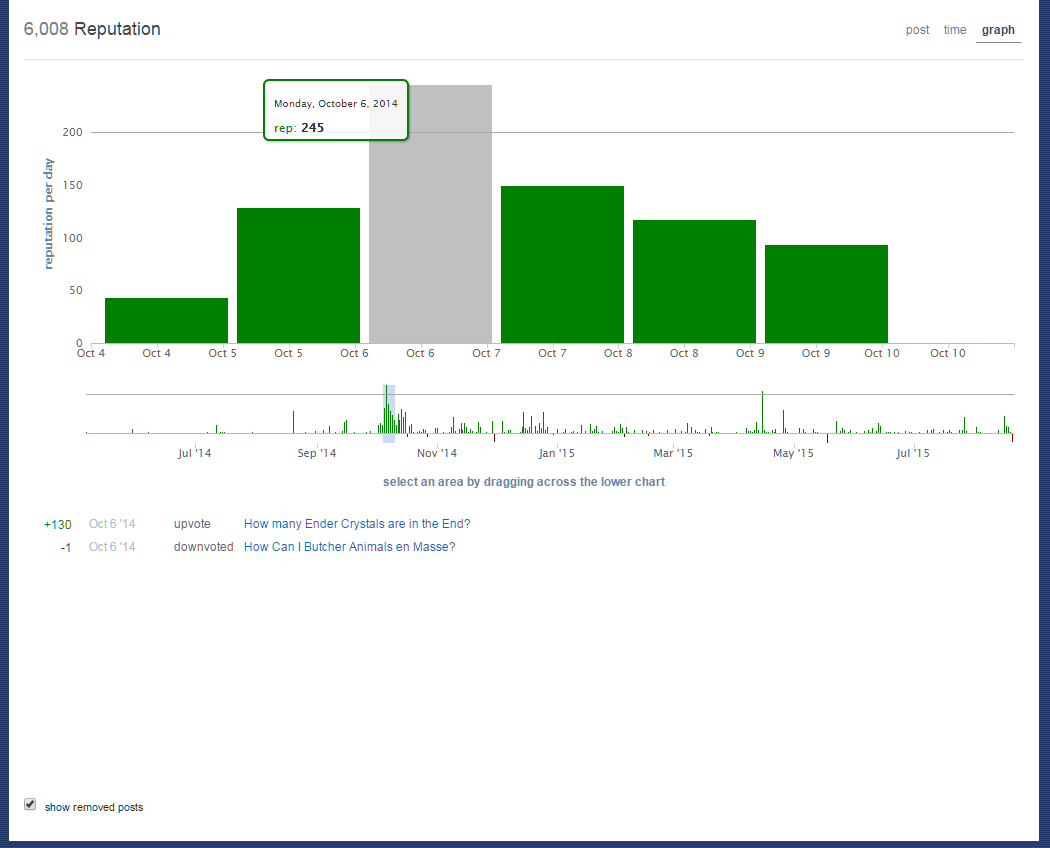 As you can see, selecting the bar (for example, the one on the 6th of August displays I have 245 reputation earned on the day. The only problem is that it actually displays the reputation that I have received on the previous day.

Note that the bar graph said I earned 245 reputation on that day, but the values down below (added up) only total to 129 reputation.

And, any way to fix?

They're both experiencing that issue.

Edit: Could it be an error in cached data?

For me it seems to be a bug an I can 100% reproduce it on Chrome and Edge, dont have tried Firefox. 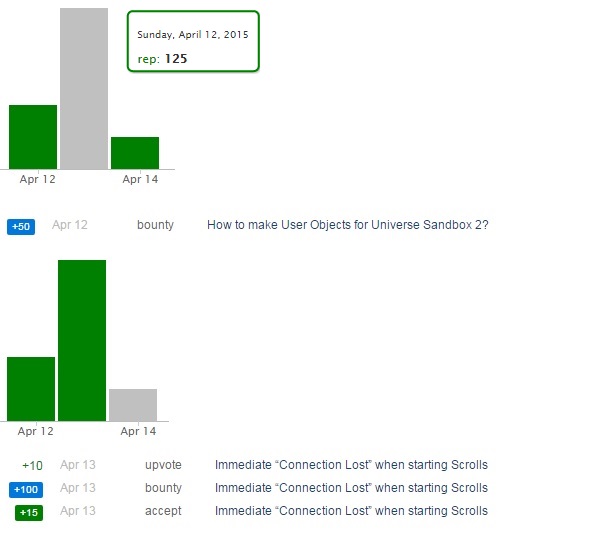 However I'm not able to fix it on my client side e.g. clearing cache. 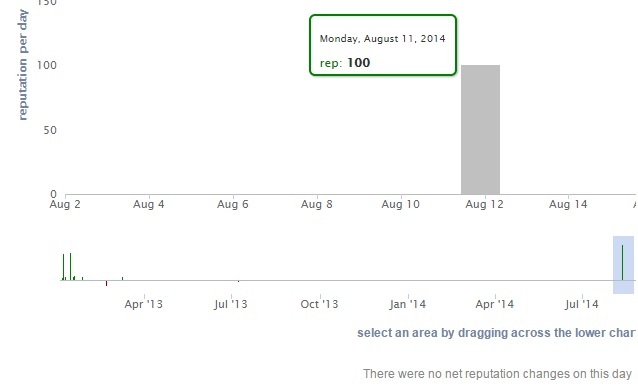 Not the answer you're looking for? Browse other questions tagged bug design user-profile .

1
Reputation Cap not being enforced?
17
Reputation number in the top bar hard to read
3
Tags seem to have too much padding on the right side
2
Is my reputation stuck?
8
Why is my year reputation larger than my total reputation?