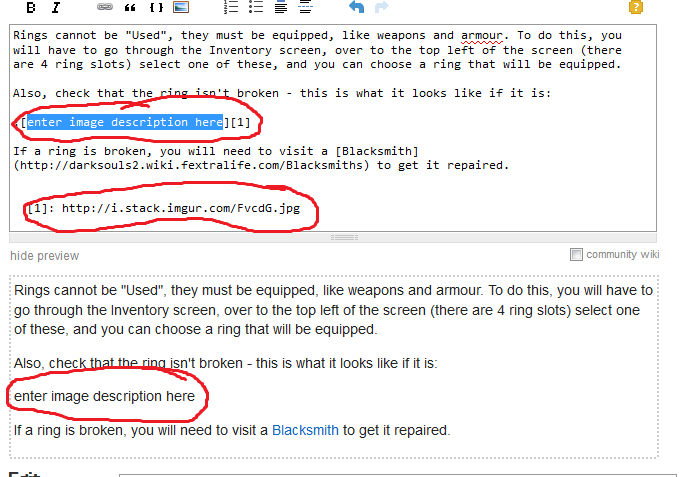 What's going on?? I originally tried adding them "from the web", then I tried "from my computer", to no effect.

UPDATE The issue seems to have resolved itself, though I feel like this meta post may have had something to do with it...

It seems like this was a one-off issue with Imgur that has since been resolved.

Not the answer you're looking for? Browse other questions tagged bug status-norepro images .

18
Images for controller buttons and keyboard keys
3
Rules for substituting images with text in question/answer?
2
Images hosted on imgur from posts are rotting
15
Please fill in the alt text for images on this site
5
Unable to link or upload certain png images
3
Is there an easy way to resize images when posting them?
5
Sidebar links wobble when hovered